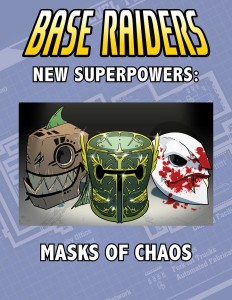 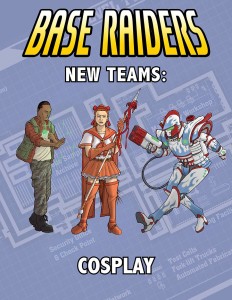 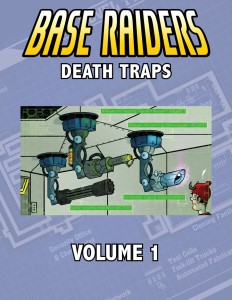 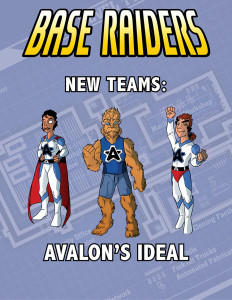 The members of the RPPR community have created a lot of great material for Base Raiders. Check out some of these creations. If you want to see more, read the thread. 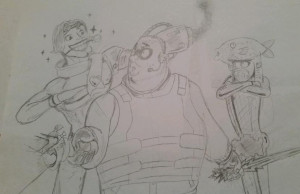 From FHRegulus, a trio of high school player characters:

Claude Spencer: Resident rich pretty boy, Claude loves the finer things (including flying and boating) and made sure to buy a gross amount of random, hi-tech doodads that might help the group in the base.

Carmine “Big Time” Azzarello: The loveable Carmine runs a fairly large supers dedicated blog. Due to his love of superheroes and the internet he heard about “base raiding” well before most people did. Equipped with some rations, a baseball bat, a headset camera, and a replica domino mask Carmine wants nothing more than to “accidentally” become a superhuman.

Uisce “Fish” Beatha (Pronounced Ish-kay): Carmine and Claude don’t know what Uisce is. Despite knowing this person for their entire lives no one has ever asked if Uisce is a he or a she. Growing up in a large, criminally-oriented Irish family taught Uisce a lot about lockpicking, sneaking around, and shooting. Uisce pocketed his/her father’s .38 revolver before heading out to meet at the base.